Obsessive-compulsive Disorder is an anxiety disorder in which an individual has panic-provoking thoughts that persist throughout the day. These thoughts will not go away, causing a person to have an unhealthy obsession with completing their daily ritual in a precise order. A person with Obsessive-compulsive Disorder has uncontrollable urges to do repetitive behaviors and they will not stop these behaviors until they feel it has been done “just right”.

Although there is treatment for OCD through medication and therapy, most cannot stop their manic need to continue performing their routine each day. If an individual suffering from OCD does not seek treatment, there is a 15% chance that their symptoms will worsen. A person with Obsessive-compulsive Disorder goes through their daily sequences for irrational reasons, but those suffering feel as if fate depends on them completing their tasks successfully. The characteristics of a person with OCD are defined by the need to prevent a bad situation or create a good event in the future.

Compulsion can be described as a psychological condition or disorder that causes an individual to continuously have an overwhelming feeling to complete tasks or a routine. People with OCD repeat and think through their normal routines and concerns many times per day, occupying most of their time. The most common habits of those with OCD are expressed through actions such as excessive checking, cleaning, cleansing, and counting. Most times, the cause seems to lie within the genetics of a person. Obsessive-compulsive Disorder is known to run in families but can also be brought about during an intense period of stress.

Most people who suffer from Obsessive-compulsive Disorder have both obsessions and compulsions. Some common obsessive thoughts can be found in these symptoms: fear of being contaminated by germs or dirt, fear of causing harm to others or themselves, intrusive sexually explicit or violent thoughts, excessive focus on religious or moral ideas, fear of losing or not having things one needs, excessive want for order and symmetry, the idea that everything must be organized “just right”, superstition, and excessive attention to things considered lucky or unlucky.

Although no one in my family has directly suffered from Obsessive-compulsive Disorder, both my mother, brother, and I have severe anxiety. My brother is also highly ADHD, and I am coming to realize, as I grow older that I too have trouble focusing and have possible ADD. From learning about Obsessive-compulsive Disorder, my eyes have been opened to how intense a mental issue can be on the individual.

When reading through the symptoms of people with obsessive thoughts and behaviors, I noticed that I share some of the same characteristics. I have a fear of germs, dirt, and unknown hairs. I keep hand sanitizer in my car, my purse, next to my bed, and next to the sink in my bathroom. I also have fears of losing things including friends and possessions. I will misplace a certain item and spend two hours looking for it and then another two hours replaying every last step in my head. I get nervous that I will not have plans for the weekends and that my friends will abandon me. I am a bit of a compulsive shopper too; I have gotten better than I used to be. Now, I only buy things that I know I will wear or make use of. I also put a high emphasis on order and symmetry, but my laziness overshadows any urges I have to clean my room; I just don’t care sometimes.

Lastly, I do believe in things being somewhat lucky or unlucky. For example, I refuse to get rid of a sweater gifted to me for Christmas in 2011. This is because after my horrible accident days later most of my possessions, including my car, were broken or had disappeared. The only random thing my dad found later when he went back to the scene the next day was that sequined-gray pullover sweater. It was about 50 feet away from my car and caught up in the branches of a tree. I find this quite strange considering that the sweater was still wrapped in the box it came in prior to the wreck. After getting bashed into by oncoming traffic, I tried to salvage anything I could from my car; the box and tissue-paper were still in the same spot, but my sweater was missing. It may be silly to think that it could have been my body that flew 50 feet out of the car instead of my sweater, but I am lucky to still be here with no scratches or injuries. I was going to return that damn sweater later that day. I guess it is a good thing that I did not. 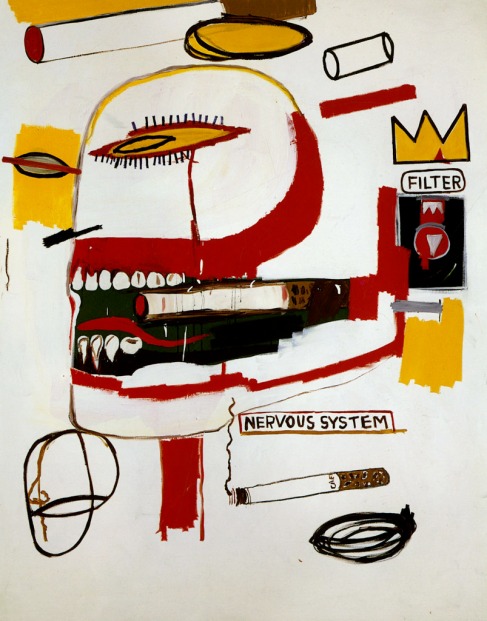