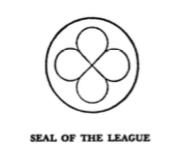 “Be the voice you wish to hear on the wind… Listen.”

She likes to volunteer with organizations benefiting community inclusion, addiction/recovery, and arts for children including: Strings For Hope (Nashville), Artists For Trauma (Los Angeles), Camp Winnarainbow (Northern California), Rex Foundation (National), and Smoke-free Music Cities (National). In 2020, following the spirit of transformation, Kendra launched the ‘We Are One Benefit’ via her indie record label and promotions company, ‘New Age Wasteland Productions’. The event raises money and awareness for current causes including ‘NIVA – National Independent Venue Association’, #WeMakeEvents, the NAACP, and more. She also hosts the twice monthly podcast “The Politics of Kendra” and publishes music & writing through her own publishing entity “The Politics of Publishing”. She graduated from Pepperdine University with a BFA in Theatre Arts in 2015 and attended the Musicians Institute in the Independent Artists Program. Kendra additionally is an initiated healer, sharing her experience through workshops and personal coaching via “The Politics of You: Acting in Dimensional Alignment” which she led at Sonic Bloom Music Festival in 2017 and Spring Frequency 2016. Kendra is passionate about the music festival scene and has worked in production and artist relations for Arise Music Festival 2014, Lightning in a Bottle 2016, and Sonic Bloom Music Festival 2017. Her mission is founded on peaceful collaborative experience and shared understanding.