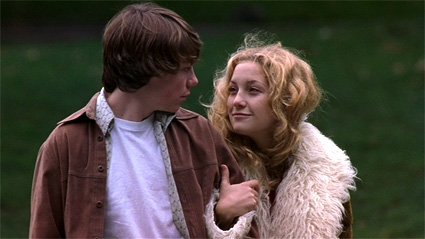 Tessellations, by M.C. Escher: The Remix

“For me it remains an open question whether [this work]

pertains to the realm of mathematics or to that of art.” – M.C. Escher

Combining the fields of mathematical study and artistic expression, the innovative artist turned mathematician, M.C. Escher, formed a new plane of thought when he applied mathematical principles to the structure of his sketches. M.C., standing for his full name of Maurits Cornelis Escher, was born in Leeuwarden, Holland in 1898. As he grew older, his family wanted him to follow his father’s career path and focus on architecture, but his low grades and great talent for drawing led him towards the study of graphic arts  (Math Academy). Unfortunately, most of his achievements in the field of art went seemingly unnoticed until the 1950’s and by 1956, when he permanently established a name for himself.

As Escher’s work developed, mathematicians began to recognize the extraordinary visualizations and mathematical equations present in Escher’s artwork. Escher, having no background in Math, unintentionally stumbled upon a groundbreaking principle, called a Tessellation. Tessellations can be described as the “arrangements of closed shapes that completely cover the plane without overlapping and without leaving gaps” (Math Academy). Traditionally, tessellations can be observed through the repeated or patterned use of polygons or similar regular shapes. A simple example of these basic tessellations can be found on floors that repeat the use of square tiles. Some say Escher’s inspiration must have been found while observing mosaics present in the architecture of the 19th and early 20th century.

Escher was fascinated with every type of tessellation, regular and irregular. He worked relentlessly on sketches that challenged the mind and resembled some sort of optical illusion. When working on sketches, Escher drew pictures that filled the surface of every piece of paper. Escher was particularly focused on: the entire available space of a medium being used with pictures that did not overlap and that did not leave any spaces or gaps in the design (Tessellations). Tessellations were important for their symmetry and presence of a repeating pattern. Escher took this idea even further though, as he took up a special interest in “what he called ‘metamorphoses,’ in which the shapes change and interact with each other, and sometimes even [break] free from the plane itself” (Math Academy).

Although in our modern day society we take for granted the idea of tessellations, we are surrounded by these patterns each day. If you look hard enough at the wallpaper in your family room, the presence of a repeating pattern becomes evident, and next thing you know, you are congratulating your mother on her unique taste in wallpapers that contain tessellations. Others may even agree that M.C. Escher was the original creator of the game, Tetris.